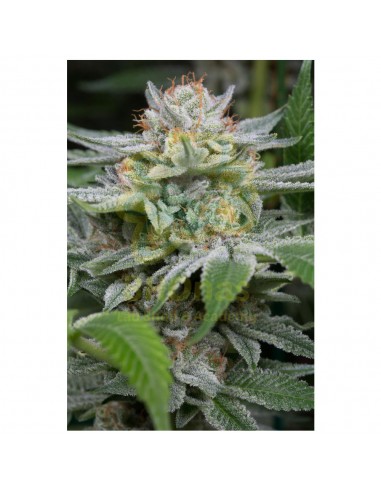 Gorilla Glue by Frenetik seeds is a powerful indica, short flowering that will provide a relaxing and therapeutic effect.

The Gorilla Glue variety is one of the most sought after marijuana by growers for medical purposes. Its great relaxing power due to its indica genetics will calm your pain and provide you with a satisfactory sleep.

History of this great variety

Gorilla Glue is a well-known marijuana variety that arose as a result of a failure in a crop, since, by mistake, some plants of one variety mixed with others, specifically they were a Chem Sis and a Sour Dubb.

This mixture formed the first seeds of the variety that we now know as Gorilla Glue and that the Frenetik Seeds bank has incorporated into its seed bank, making it possible for all of us to enjoy this variety at the best price.

As for its name, there is a legend that Gorilla is due to its great production and Glue (glue) is due to the large amount of sticky resin it manufactures.

This percentage only enhances its relaxing effect, leaving you fully folded on the sofa if you are not used to such a powerful herb. Few indica are as potent as the Gorilla Glue marijuana strain.

Its effect is highly sought after in people who are looking for a relaxing effect, that helps sleep and calms pain, but at the same time that it does not just leave you lying, but rather gives you a little life and makes your day happy.

The flavor is complex, mixing a multitude of nuances such as lemon, a sweet touch and even woody notes.

How to cultivate it?

Wherever you grow, indoor or outdoor, in soil, coconut or hydro, the gorilla glue from frenetik seeds will give you an impressive harvest. Its production may not be the highest but in terms of quality there is no herb that envies it.

As the plants grow, we will see:

That the internodal distance is short

If you use the SCROG method you will increase production.

Harvest outdoors: From 20 to 30 October.

Height outdoors: Up to 3 meters. 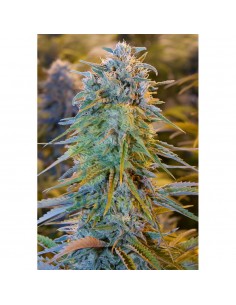 BHO000842
€89.95
Blue Dream Matic Auto is a strain from the Fast Buds bank. It is not a cross of the mythical Blue Dream and has some very stimulating effects typical of Sativa. Good production and high THC levels.
Tap to zoom
You need to login or create account